Ontario businesses need to prepare for major changes to employment and labour legislation. 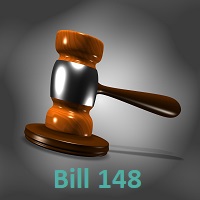 On November 22, 2017, Ontario passed Bill 148, the Fair Workplaces, Better Jobs Act, 2017, which amends both the Employment Standards Act, 2000 (ESA)and the Labour Relations Act, 1995. The Ministry of Labour has issued a news release announcing the passage of Bill 148 and has launched a dedicated web page to help employees and employers understand how their employment rights and obligations will change as the various aspects of this new legislation come into force. Other helpful information can be found here.  Additionally, In June 2017 Bill C-44 received Royal Accent, which provides changes to the Employment Insurance Act (EI Act), which came into effect at the end of 2017.

These changes will undoubtedly have an effect on your current workforce and operational planning and require changes to your workplace human resources policies and practices.

The government is also expanding family leaves and adding measures to ensure that employees are not misclassified as independent contractors to ensure they get the benefits and protections the normally would as an employee.

Certain rules or exceptions may apply for some specific industries.

To enforce these changes, the province is hiring up to 175 more employment standards officers and is launching a program to educate both employees and businesses about their rights and obligations under the Employment Standards Act, 2000. This program also means that one out of every 10 Ontario businesses will be inspected each year.

Changes to the Labour Relations Act, 1995 can be found at the lower half of this link. These changes address:

The Government of Ontario has also passed new regulations for the Occupational Health and Safety Act, specific to safe footwear on the job, specifying that employers can no longer require employees to wear footwear with elevated heels. 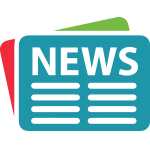 Human Resources – A Necessity, Not Luxury for Business Success